Games | Ducks in Space Press Kit
Ducks in Space is a 2D platformer where you play as Captain Quackers, a duck attempting to thwart the plans of the most evil creatures in the universe: geese!
Ducks in Space Fact Sheet
Videos
Screenshots 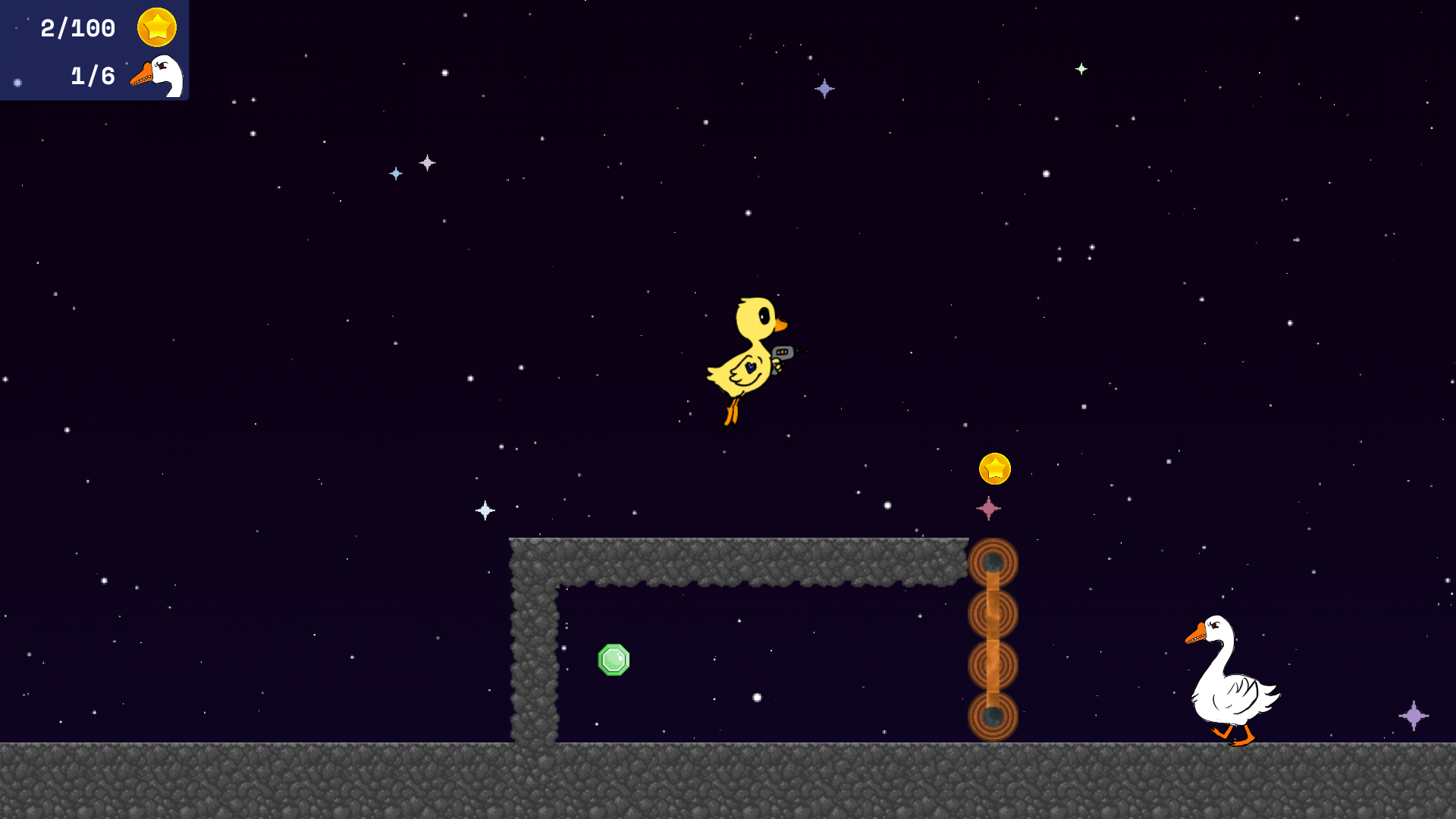 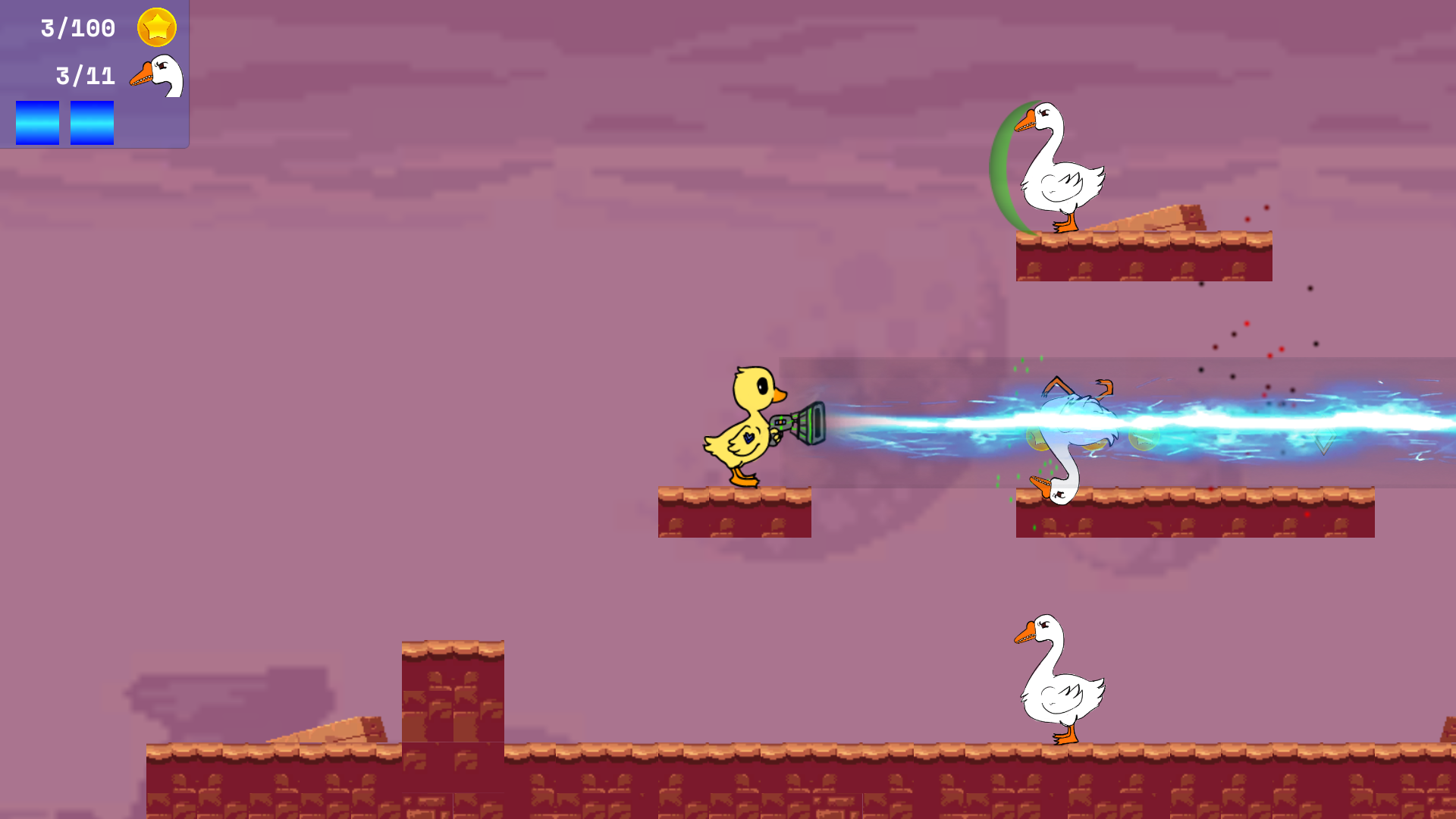 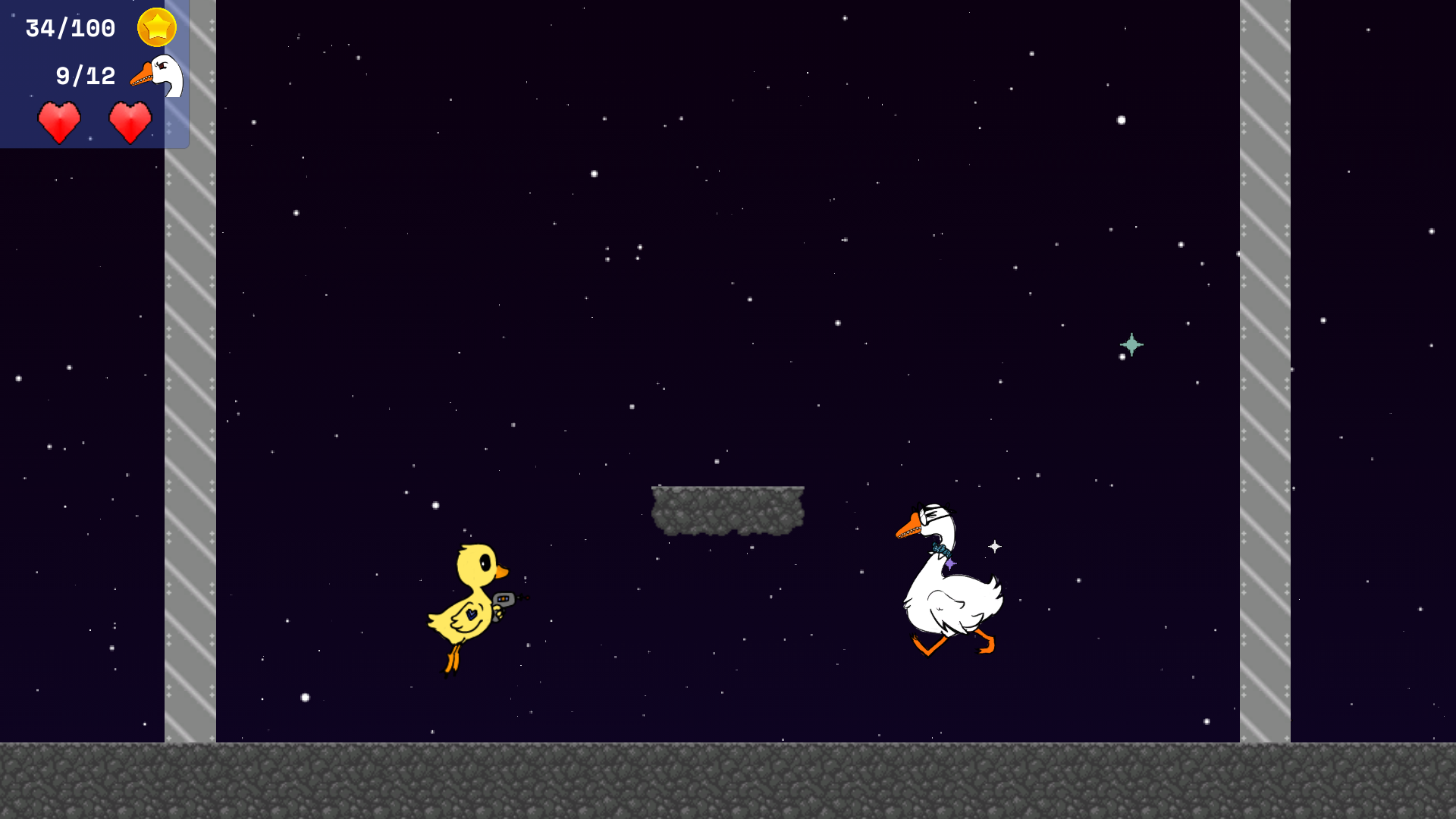 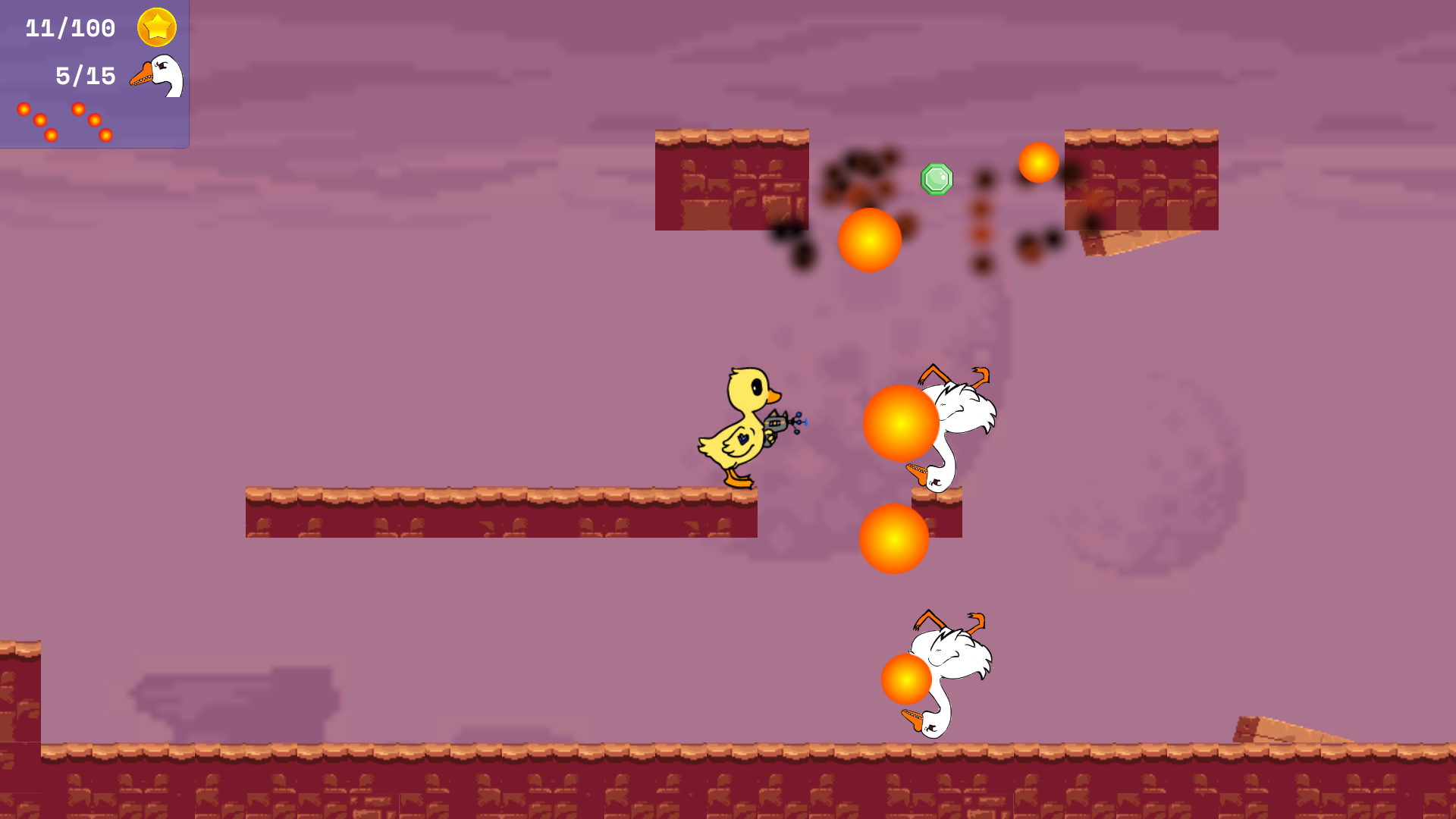 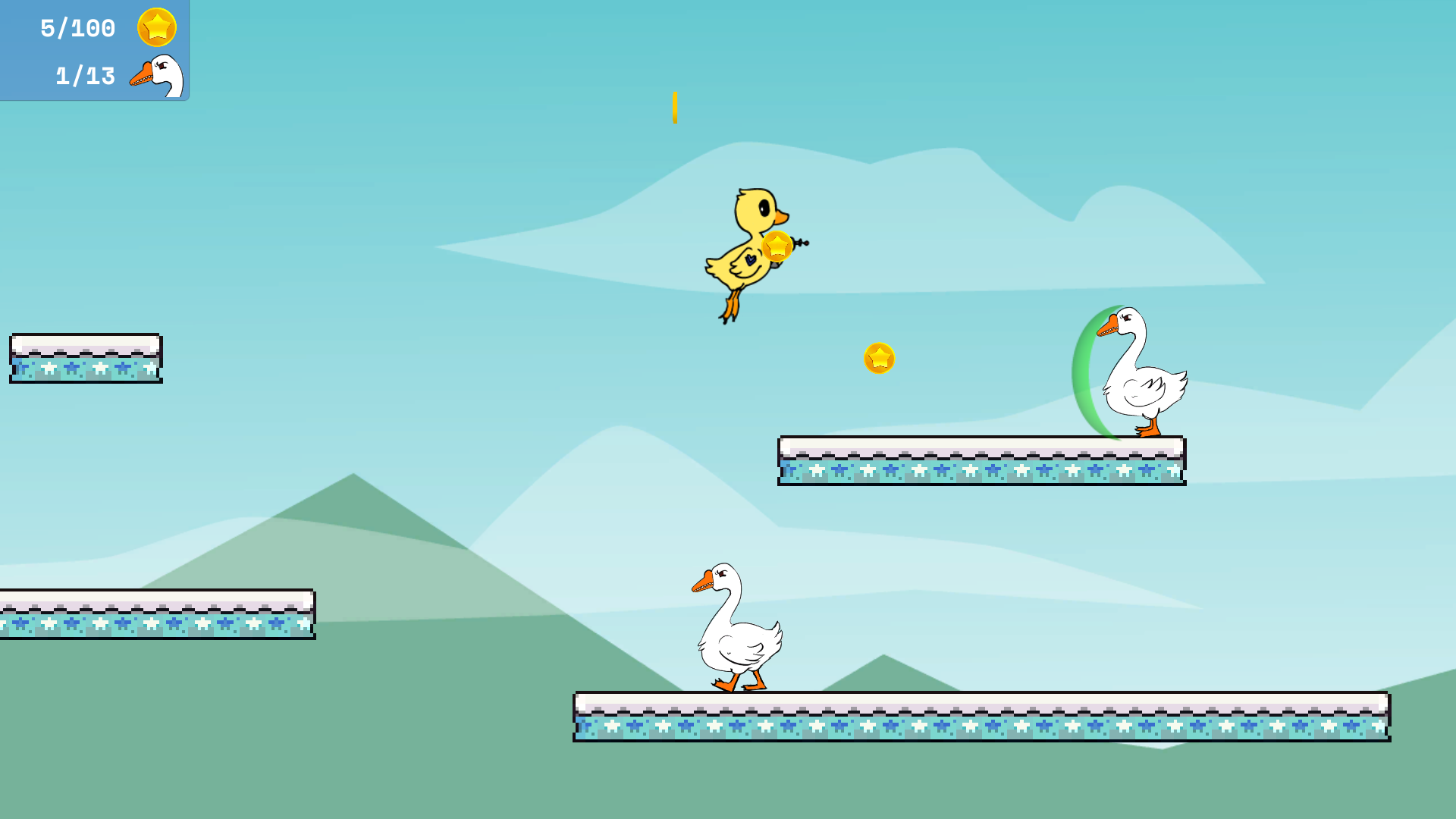 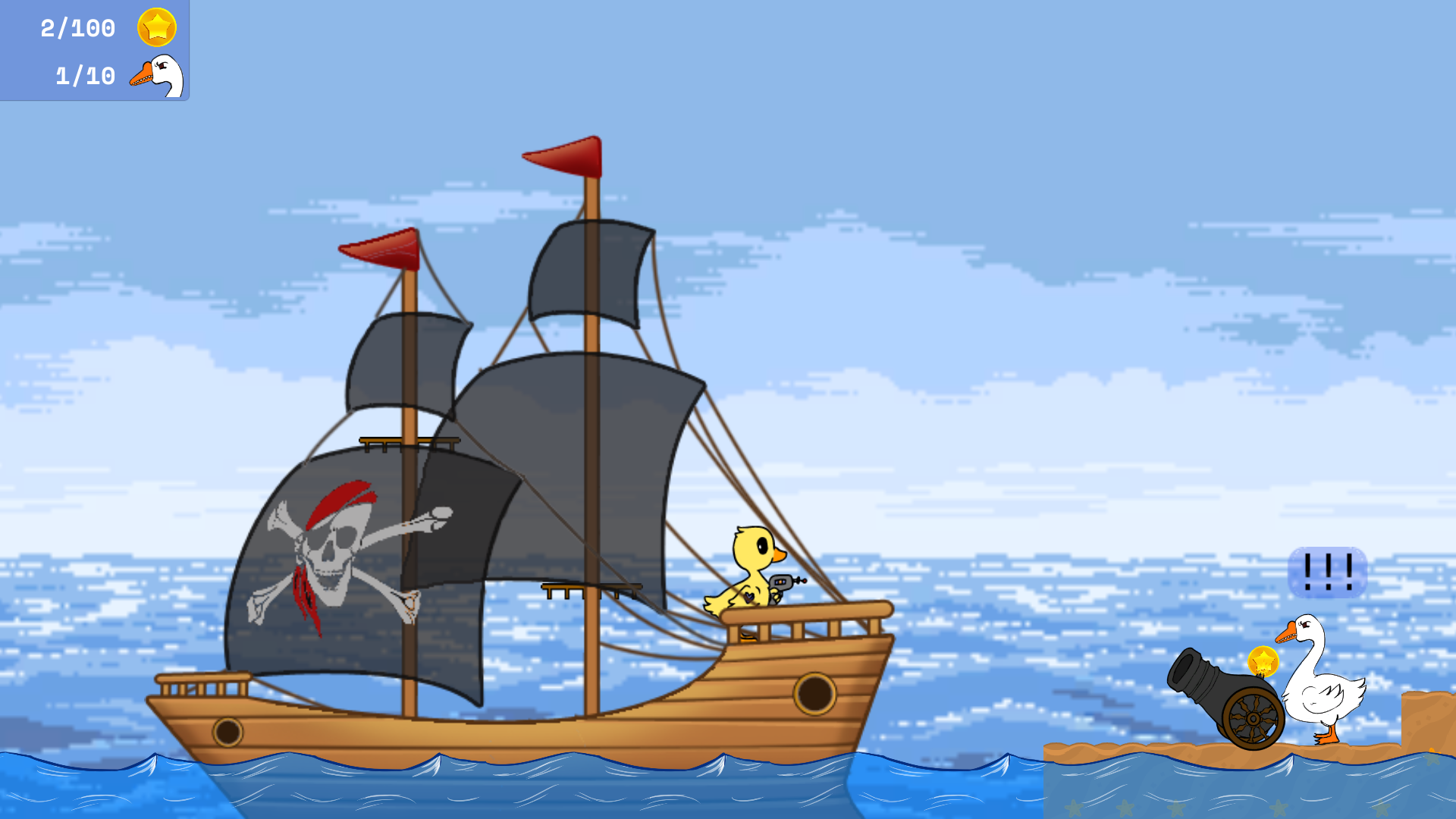 Description
The universe is under attack from the most evil creatures in existence: geese! It's up to Captain Quackers and his trusty laser gun to stop the relentless march of Overlord Stumpy and the Evil Goose Empire.

Jump your way across alien worlds, pick up powerups, and defeat bosses to drive back the enemy. Gravity will be different depending on the area, so sometimes your jumps will take you farther.

There are 40 levels, and things start out fairly easy. The game becomes more difficult as you progress and new enemies and features are introduced. The true challenges lie off the beaten path in the optional levels which are labeled with letters rather than numbers. The most brutal challenge is level 4-C, affectionately referred to as "The Troll Level."
Defeat every enemy and collect every coin in every level to unlock something special!
Conventions
L.A. Comic Con
December 2-4, 2022
Retropalooza
October 22-23, 2022
MiracleCon
August 27th, 2022
Classic Game Fest
July 23-24, 2022
Super Bitfest
March 5, 2022
ATG Expo
February 12-13, 2022
PAX West
September 3-6, 2021
Computer Simulation & Gaming Conference
April 17-18, 2020
Name Your Game Expo
October 5-6, 2019
MiracleCon
August 24, 2019
Let's Play Gaming Expo
July 27-29, 2018
SUPER! BitCon
April 29-30, 2017
Quotes
It's nice and simple, and charming. It does well with all of its ideas.
-Shattered Rift
Right from the beginning, you can tell it's a personal project.
-Delirious Dads Gaming Podcast
About Happy Cow Games
Happy Cow Games was founded February 29th, 2016 by Matt Stowe. At the time of this writing, he is the only member of this company, but his wife and younger brother worked with him to develop Ducks in Space. He is also lucky enough to have a lot of great friends who don't mind discussing ideas and testing his games. Happy Cow Games enjoys going to conventions and hopes to meet you at one someday!
Download Images